"I hope it helps all of us," said Mary Ada Marshall, showing off her nine layers of yellow cake with chocolate frosting today, when Gov. Martin O'Malley grinned as he signed into law a bill making the Smith Island cake Maryland's official dessert.

The cake - which comes in dozens of flavors, but is always seven or more layers, sometimes towering at 12 centimeter-thick layers - has sparked so much interest in the island that residents are thinking big.

"The message will get out that the best place to eat a Smith Island cake is on Smith Island," Rapp said. ”

Smith Island is the last inhabited island off the shores of the Chesapeake Bay. A little over 200 people live in the island once known as a bustling fishing community. According to locals, Smith Island Cake used to be the popular treat wives would give their husbands before the men left for long fishing trips. Today, the decadent dessert caters to the sweet tooth of people all over America.

While people can purchase quick mail order cakes, the best place to have Smith Island cake is on Smith Island. Fortunately, Smith Island is only a few hours’ drive away from New York, Washington D.C., and Philadelphia.

Whether you are looking to send a birthday cake to family members or just want to treat the kids to a different kind of dessert, try a Smith Island Cake. Everyone’s taste buds will be thanking you for it. 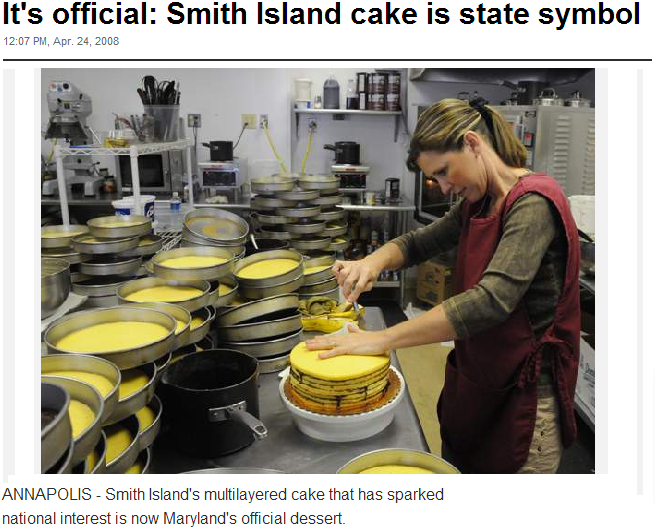